"I smell gas in the downstairs bathroom."

That was how I awoke my brother-in-law at 5:00 on Christmas morning. And I continued, "Don't make the obvious joke, please."

My sister, Carol, and I had sat up rather late yakking, sort of dozing, and yakking some more. We finally decided we needed to try and get a few hours sleep before everyone else awoke.

Carol went upstairs, and I stepped into the downstairs bath; and smelled a very strong natural gas odor. I went up and asked her what gas appliances they had and together we went down to the basement to check the furnace. Oddly, a fainter odor there, but definitely an odor. Carol has no sense of smell, but sniffed the air nevertheless.

I went up and woke up Bob, who grumped down the stairs to confirm what I had detected. He went into the downstairs bath and was in there for quite some time. At one point, Carol wondered if he had passed out. Then we heard the toilet flush. We rolled our eyes and went into the kitchen to look up the number for the gas company.

Bob came in and took over calling the gas company, who told him to NOT hang up the phone, leave door and windows closed, not to turn anything on, not to start any vehicles and to evacuate the house. And a technician was on the way.

Out of habit, he hung up the phone anyway, then relayed the information to us. He declared there was no way he was waiting outside and went upstairs to get dressed.

Carol and I asked each other if we were going to wake up everyone. I pointed out that I really didn't think the gas was that strong; but I would HATE for that to be the last mistake of my life.

So we went upstairs and started knocking on doors. My younger sister, Janice, shot straight up at the words "gas leak" and she and her husband were downstairs in no time.

As far as my parents, we waited....and waited...and waited. Carol went back up to make sure they hadn't rolled back over and gone to sleep. A few minutes later, they came downstairs, slowly and completely dressed. We are so lucky that our family never had to flee across borders to escape tyranny. We'd be toast if that were the case. Completely dressed, but toast nevertheless.

After Mom put on the coat she wanted, we all went outside. My parents waited in the car in the driveway along with my sisters. I passed the time pacing up and down the driveway, and noticed something unusual in the tread in Bob's truck tire. A very large nail.

The technician soon confirmed there was a gas leak (HA!) There was a loose fitting in the gas pipe that ran underneath the bathroom floor. He tightened it and we all went inside. Some groggily headed back upstairs to bed; some of us headed into the kitchen for coffee.

As I passed my brother-in-law, he jokingly thanked me for saving everyone's life. I mentioned the nail in his truck tire and pointed out that I'd saved his life TWICE!!! Then I finished by saying "It's all in a day's work and you're welcome. Now fix me some coffee, willya?"

UPDATE: There was a gas explosion yesterday morning in an apartment in St. Louis. One of the neighbors had smelled gas, but didn't think it came from the apartment that exploded because "the man doesn't cook." The technician who came out to investigate our leak pointed out that the odor is put into gas so you can smell it, and anytime you DO smell it, CALL THE GAS COMPANY. It's better than ending up as a headline.
Posted by DonnaJo at 8:51 PM 7 comments:

After my manicure and pedicure, I went to the airort to pick up my sister, Janice, and her husband, Don. There had been delays with the flight, etc., and I had a message from my mom that if we got there after 3:30, the patio door would be open as she had to leave for a doctor's appointment. We would be getting there after 3:30 and mentioned to Janice I needed to hit the mall.

She perked up. Don groaned. She batted her baby blues at him. He caved. I like their form of communication.

In the following two hours, I did the major portion of my shopping. That time of the afternoon on Christmas Eve Eve is a good time to get to the malls.

Meghan is home from school; sleeping right now with strict instructions to me that I am not to awaken her before 11:00 am. Something tells me the noises I'm going to be making while cooking and cleaning are going to wake her up. "Oh! Did I drop that pan right outside of your bedroom door? My bad. But as long as you are up....."

Jenni and Tim arrive at 3:30 today from their Florida trip. I had a message from them yesterday that they needed to talk to me as they had issues with their flight. NOT WHAT I WANTED TO HEAR. But it was actually an ink issue; the flight time was not visible on the printout of their e-ticket. All is well.

MERRY MERRY AND HAPPY HAPPY TO EVERYONE!!
Posted by DonnaJo at 7:20 AM 3 comments:

I had previously discussed my my Christmas tree situation.

I opted not to go for the upside down tree. Instead, I got a 3 foot rosemary tree, decorated it and put it on my coffee table. And, there's the upside of having fresh rosemary for chicken and lamb dishes.

To think, I started out with a tree that's full and at the rate I'm using the fresh rosemary, it will soon have a hole in it.

And it smells wonderful!

But I do need to get different garland for the windows. What I have has got to be the wimpiest garland EVER! 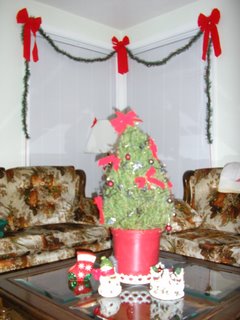 INFOMERCIALS: THE SNAKE OIL SALESMEN OF THE NEW MILLENNIUM

I fell asleep with the TV on last night and awoke to an infomercial. The information that seeped into my subconscious was that I could wake up, walk to my mailbox and get out checks totally $5,000 a week, just by being on the computer for 12 minutes a day.

WOW!!! I'm on a computer longer than that every day, so I could be making 4 or 5 times that amount, at least! PIE IN THE SKY!!

It seems I can do this all by selling a fantastic new product..... which they barely mentioned. It's some kind of vitamin that allegedly the real doctors don't want you to know about, but it will cure what ails you from scabby skin to alzheimers, if I remember correctly.

AND, there are opportunities to get weekly bonuses if you get 20 or more people to visit a website. Now, here's the beauty of all of this. You can get your money NOW....OR....you can have it put into a lifetime income generating fund. That means that instead of getting all of YOUR money now, you can trust the individual behind this scheme -- I mean IDEA -- to send you $200.00 a month for the rest of your life. And for each bonus, it's just that much more money. WHO would NOT want in on this fantastic deal???? We're all just stooooooopid for not jumping on this bandwagon.

Of course, they had scads of people talking about how many checks they receive each week, just by being on the computer for a few minutes a day.

I haven't yet met anyone who has retired from their real jobs to become spammers, but from the commercials, we should be tripping over these new millionaires just walking down the streets.

NEXT UP was an informercial for a book that reveals all kinds of miraculous health information THAT DOCTOR'S DON'T WANT YOU TO KNOW. It was researched and put together by 450 doctors WHO DON'T WANT ANY MONEY FOR THIS. They just want to get the word out. So the book is free, right?

It's $39.95. But if you follow the instructions in the book and STILL DIE, your money will be cheerfully refunded.

QUESTION: IS THIS WOMAN LOOPY? 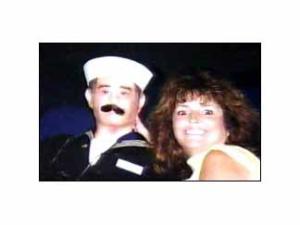 Since you can't judge a book by it's cover, read the story before deciding she's nutz. I mean, kudos to her and her husband for their service to country.... but still. Although, it's better than replacing her husband with a real man or another woman's husband, so who am I to judge?
Posted by DonnaJo at 11:59 AM 9 comments: 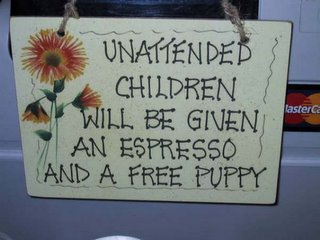 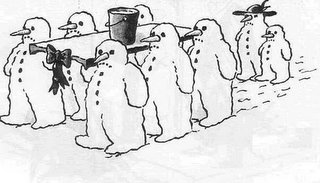 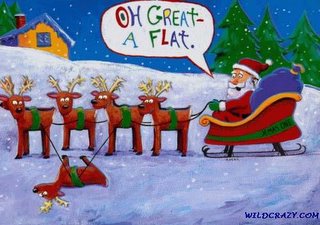 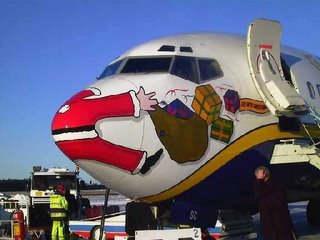